This page is no longer on the site.

All releases can be purchased through our Tictail page.


This Scottish psych hoard unfurl two side-long monstrous jams, setting the controls for heart of some darkened, dead planet. This is not a white hot, big bang skronk fest, however. This is the fallout after the bang, the slow mixing of elements in mercurial pools thick with murk, black waves slowly breaking and hissing upon jagged, newly formed igneous rock. Tumbling bass lines boil over simmering drums, while fuzzed guitars and synths roil and toil in great green clouds storming across the atmosphere. A far, far cry from self-indulgent guitar workouts or resin-stained one-riff snoozefests, The Cosmic Dead take you through the peaks and valleys of their world with great skill and restraint. But be advised, things get pretty hot once you get pulled in by the gravity of this band.
w/ download


This cassette brings together Montreal artist Jane Kasowicz (Velvet Chrome) and Victoria's Babysitter. Culled from merely a few days of jamming, the sounds within are at once loose and spellbinding. The aptly titled "Buddies" starts things off with an almost delta blues guitar raga while Jane howls like voodoo priestess luring wayward townsfolk to her fireside ritual. The 10+ minute "Wanderings" turns the identifiable structures and chords of the previous tracks on their heads: Droning guitars, stuttering drums, murky electronics and multi-layered, delay-soaked vocals swirl into a thick, swampy audio gumbo.
w/ download


Winnipeg's mad scientist of hallucinatory visuals and hot-wired electronics returns with his second volume in his Dub Sessions series. And what a workout this one is. The aptly titled "Huge Dub" begins with a classic Dre keyboard lead and a stuttering hi-hat straight outta present-day dirty south rap while a spacey dub progression floats in the background. It sounds like Pratt's replaced his bong water with Purple Drank and stayed up all night re-imagining and re-working dub and southern fried rap. The results are seamless. Volume 2 touches on the all the trademark touchstones of dub, trippy reverb and delay and trance-inducing basslines, and combines them with thick, heavy synths, before chopping-and-screwing the whole mess and throwing in some big booty bass for good measure. Yet Pratt also shows some restraint and almost cinematic sensibilities — the true mark of master. Mellow enough for late-night drift-off sessions and heavy enough for beat addicts, Pratt knows when you've had just enough herb and makes you get off that beanbag chair and hit the dance floor.
w/ Download


This is some heavy, heavy shit. Not heavy in stacks-of-amps, doom sort of way — though you will feel doomed while listening to this best-of collection. New Zealand's Wolfskull are heavy in the sense that if you heard this oozing out of your cousin's basement bedroom you'd immediately hold an intervention. Muttered vocals, wandering guitar lines and plenty of bad vibes, Wolfskull are audio equivalent to that small town that you just keep driving through, even though you're already running fumes. This is what they do. This is what they sound like. This anthology culls together the band's best tracks, chosen by Wolfskull (and Root Don Lonie for Cash) member Clayton Noone is a harrowing listen that evokes strange forest rituals and small-town inhabitants gone mad from the heat.
w/ Download.
Wolfskull - Stink Void by dubditchpicnic

We're in love. We can't stop spinning this, cranking the volume and spilling PBR all over our desks. Un is Montreal duo Kara Keith and Jen Reimer, and they cut through the swath of lo-fi, bedroom synth pop with six expertly crafted pop songs. Yes, we said it: POP. But fear not, "Begun" is still plenty dark and moody for all you dark and moody folks out there. Big, juicy synth basslines are the vertebrae to these songs, while highly contagious keyboard hooks, tight drumming and breathy female vocals dig their nails into your back and don't let go. Did we mention hooks? Because there are some doozies on this EP. "Wicked Child" will be stuck in your head for days, and "Lover the Pheonix" may as well be a lost track from the soundtrack for that movie about that guy that drives around all the time and wears that nifty jacket. With the odds stacked in their favour, Un deserve to be the next big thing. Snatch up this EP now while you can still claim bragging rights about knowing Un before they got huge.

Compiled from 7"s, splits and compilations released since the band's inception in 2007, this anthology serves as an introduction to the breadth, depth and sheer velocity of Vancouver's Shearing Pinx. White-hot cymbals sizzle and shimmer atop a smoldering garbage heap of buzzsaw guitars, molten bass lines, neanderthal kick-drum abuse and frantic vocals. Yet amidst the chaos lurk actual songs: guitar skree sculpted into impossible hooks, deranged, intersecting melodies and low-end thrum all aimed at total dance floor annihilation. At once unrestrained and tightly wound, Storm Majorities...  illustrates a band with uncomprimising vision, a band positively possessed by their instruments who destroy the lines between no-wave, punk and noise in once fell swoop.

Perhaps an audio document of what scorching tropical heat and prolonged periods of rainfall can do to the (perhaps, tweaked) artistic mind, Tired and Emotional provides a glimpse into the strange world of the New Zealand underground. From gauzy indie-rock and female-fronted noise-punk to damaged folk, primitive psych-noise and bizarre field recordings amidst meandering acoustic folk, this tape covers a lot of strange, strange ground. In fact, chances are you have never heard anything quite like this. Take the last 30 years of underground music and leave it on the dashboard of your step Dad's Ford Colt during a heatwave, then try to play that gooey mess in your little sister's toy boom box while you're freaking out on shitty drugs and you might be getting close to what's going on here. But probably not. Do you pride yourself on how "weird" and "eclectic" your musical tastes are? This tape is guaranteed to make the last thing you downloaded off a blog on your lunch break sound like whoever is performing on Letterman tonight.

Tired & Emotional (A Collection of Underground New Zealand) by dubditchpicnic 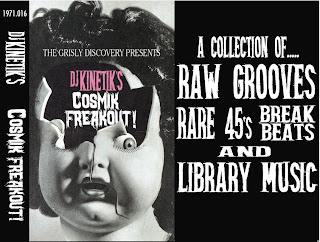 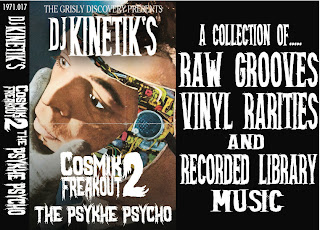 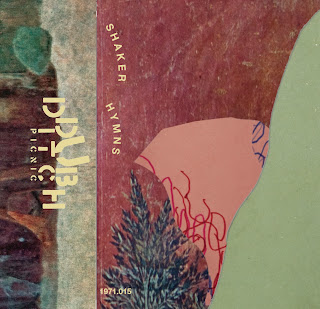